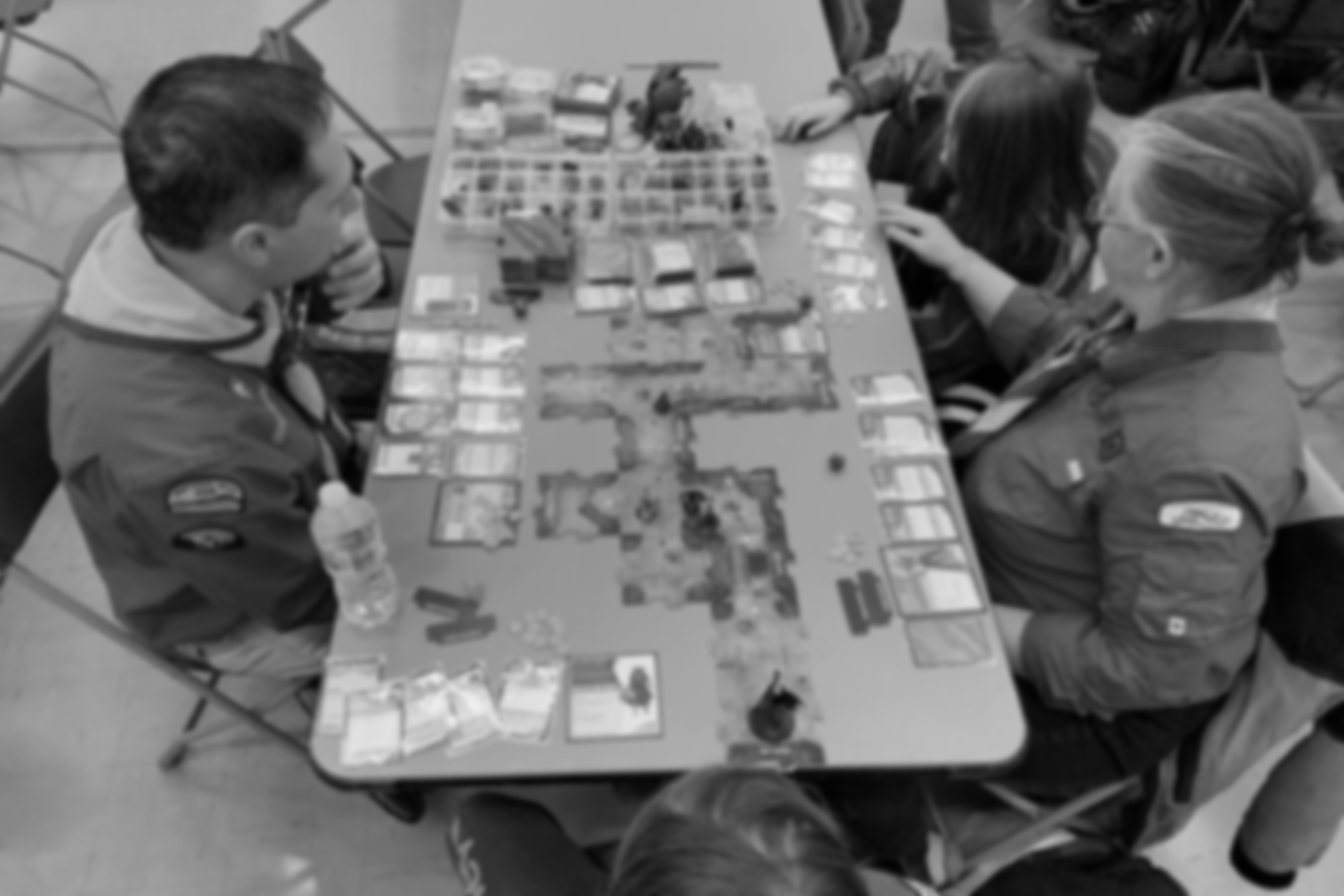 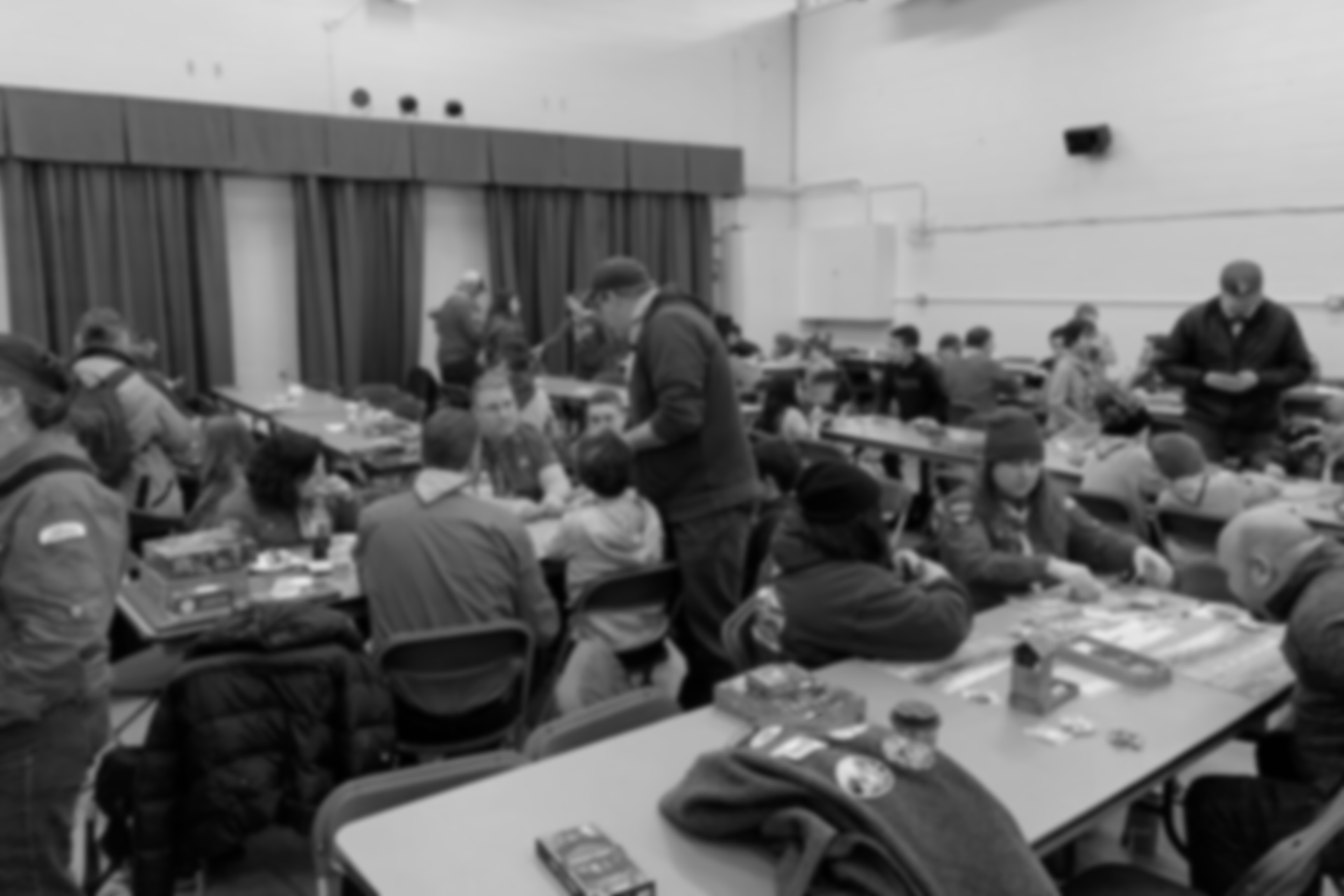 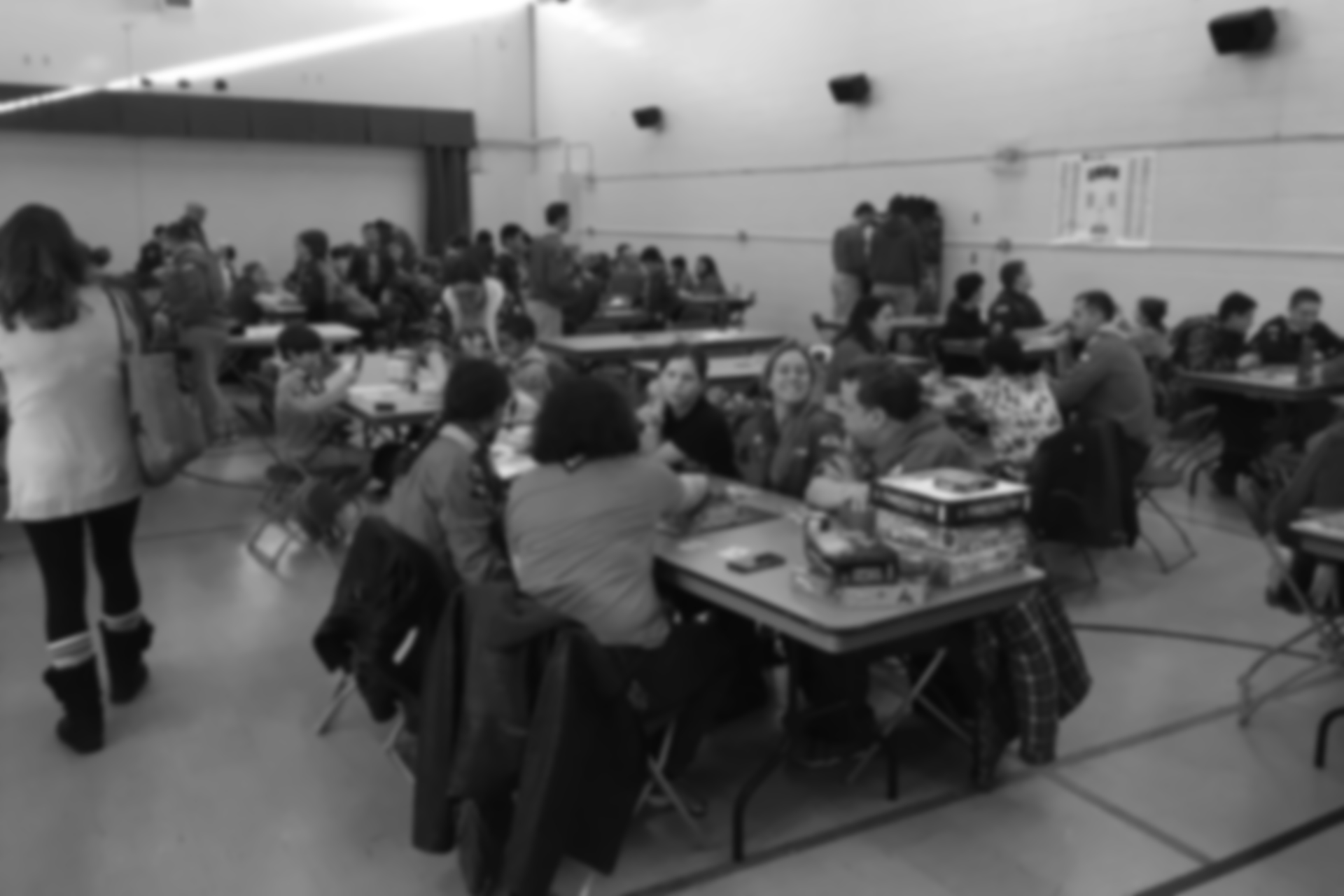 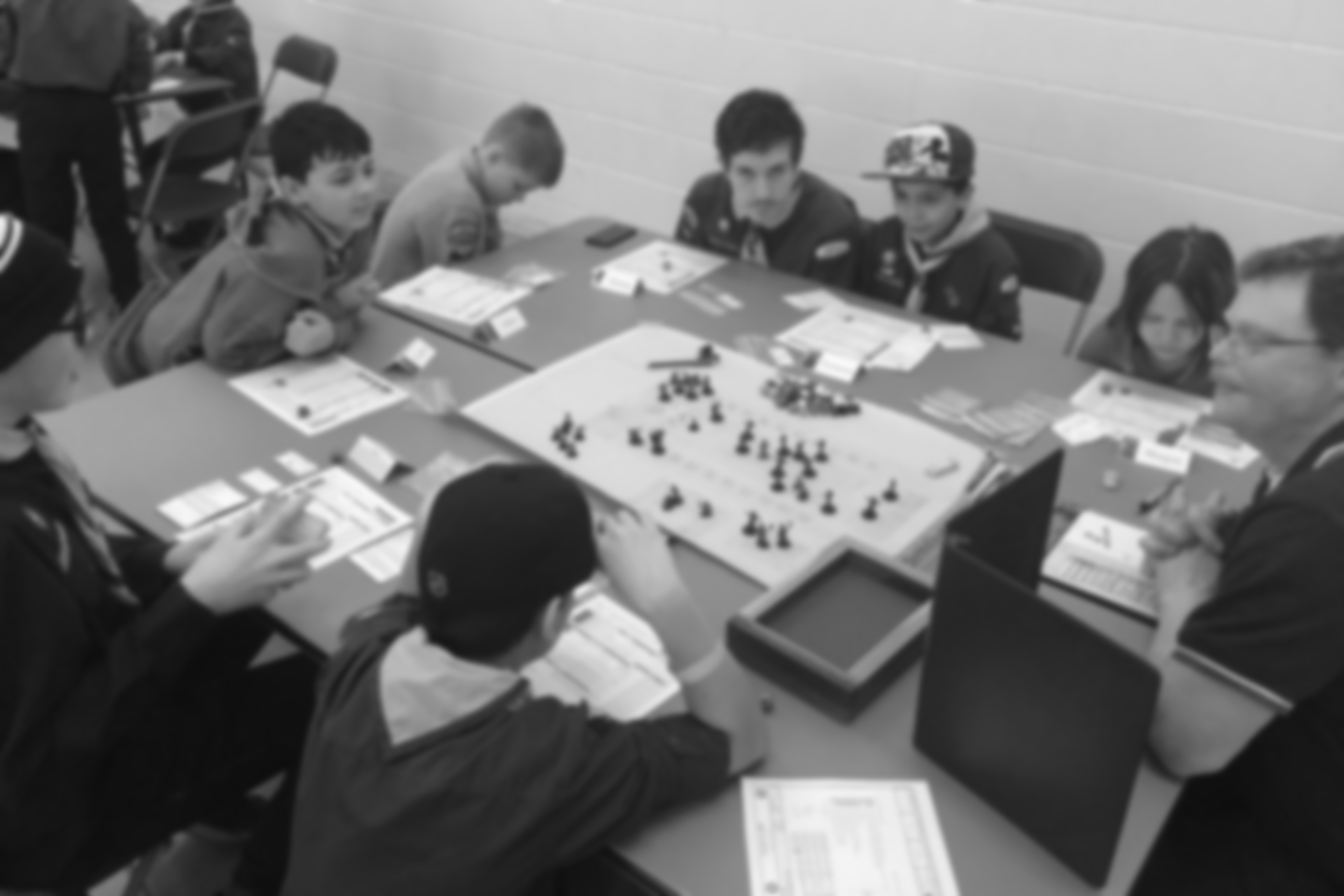 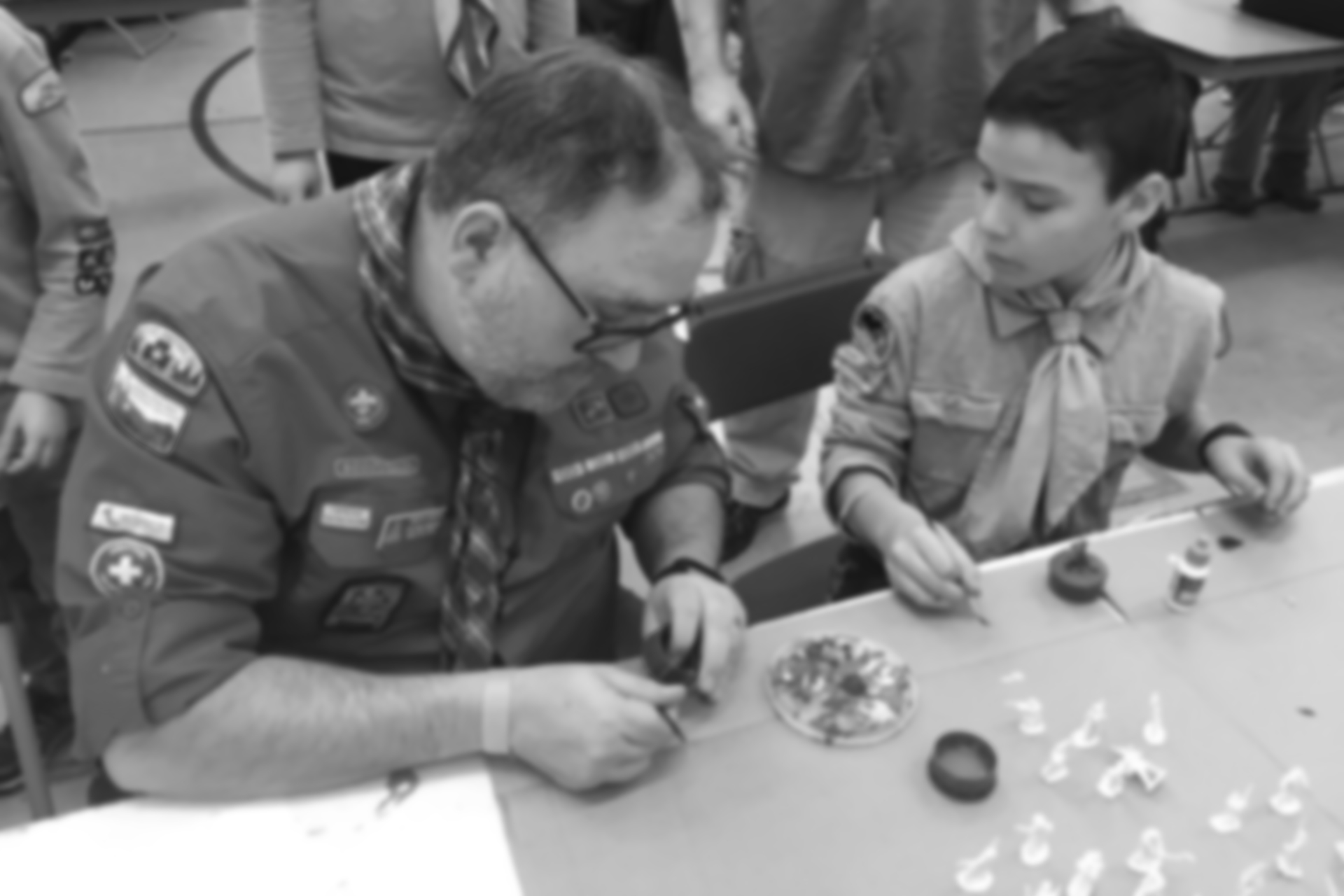 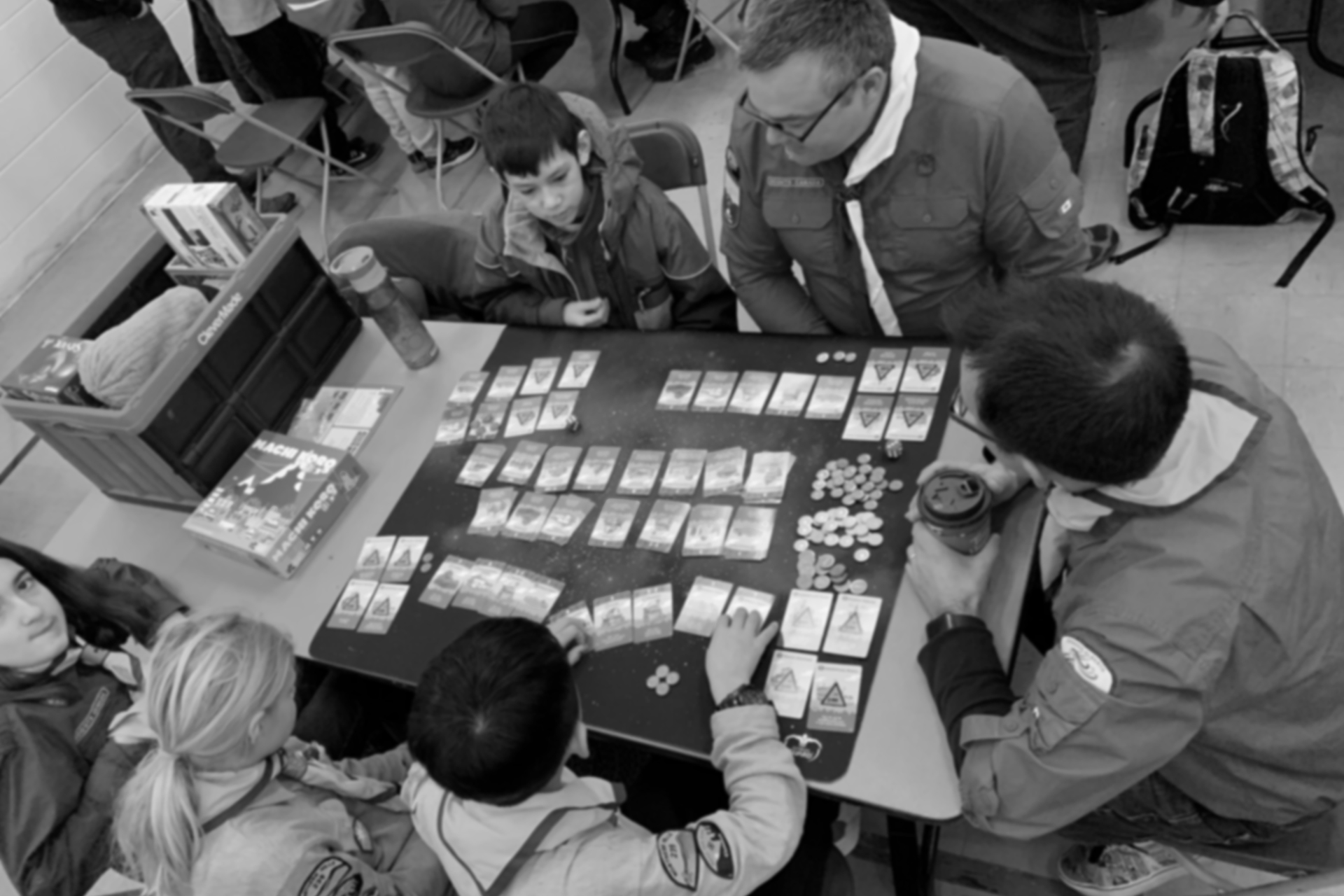 Get ready to dust off your leather armor, pack your provisions, and gather your adventuring parties, it is time for Scoutcon VI!  Come, join us in a day of games and gaming for our 6th year running and bring home the coveted ScoutCon Badge, not to mention stories and experiences to share at your local inn.

Do you have lightning-fast reflexes?  Is geometry one of your fortes? Can you maneuver around pitfalls?  Then come and show off you gunfighter-like reflexes and you go head-to-head with you fellows Scouts to win this year’s tournament.  Scouts of all ages are welcomed to participate!

Come see the wide variety of games available to play from old favourites to recently released ones.

Learn from the Experts

See a game that is new to you and want to play? You are in luck as there will be people who can show you how to play it.

Enjoy the miniatures? You will have a chance to purchase and paint one for yourself with guiadance from an experienced Scouter.

Inspired by the best gaming Convention in Indianapolis (GenCon) and seeing an increasing lack of socialization due to digital games, Scouter Duane (Mischief) and Scouter Robert pondered ways to bring Scouts together to experience the fun of creative role-playing to work as a team.

Gaming is multi-faceted. Through role-playing games (RPG) of old like Dungeons & Dragons, people are inspired in many ways. Expression is essential in RPGs; using skills such as storytelling, mapping, graphing, writing, character building, drawing and math skills have led many professionals to their callings and vocations.

Scouter Mischief brought the idea to his Scout section, who immediately took the reins and began planning. Scouts began with their Plan-DO-Review; They searched for games to be played and components that were needed, such as food, a campfire badge, and a search for a unique name. The event would be youth led, and there would be an open invitation to other groups. It would be a day where Scouts could come play games, socialize, and create memories that would last a lifetime.

ScoutCon was first held in Calgary 2018. When the invitations first went out, the 239 Scouts “A” Group hoped for at least 60 Scouts to attend; they would not be disappointed with the numbers being closer to 134. Years later, numbers rose and after hearing of its popularity, Scouts have traveled over 300km to join in, with one youth even showing up from Japan. Scouts of all ages left with a unique experience and looking forward to continuing the journey next year!

Check out some of the games

These are just a few of the many games that will be available to play at ScoutCon. Remember to bring your own games to play and teach others to play them.

Wizards of the Coast

Schedule will be posted closer to the event date.

All members of Scouting are invited to join in. The Scouts will have special programming for the Beavers from 11-2. As such, there is a reduced fee for the Beavers. Non-scouting members, such as siblings, friends, and parents are also welcomed to attend.

A canteen is available for snacks like chocolate bars and candy or burgers for those wanting something a little more filling. We will accept cash and debit/credit (minimum purchase of $2).

A consignment table is available for you to sell your gently used games. Please email dm@scoutcon.ca for more information on selling your games at the event.

Miniature painting will be available again this year. Pricing varies on the item(s) chosen to paint. Paint and paint brushes will be provided. Feel free to bring your own paint and brush if you have a favourite.

All persons in attendance of the event must be registered, this includes Scouters and parents. Youth from younger sections, must be accompanied by a Scouter or parent familiar with the youth attending.

A great big round of applause to our sponsors for their generosity in helping our event.